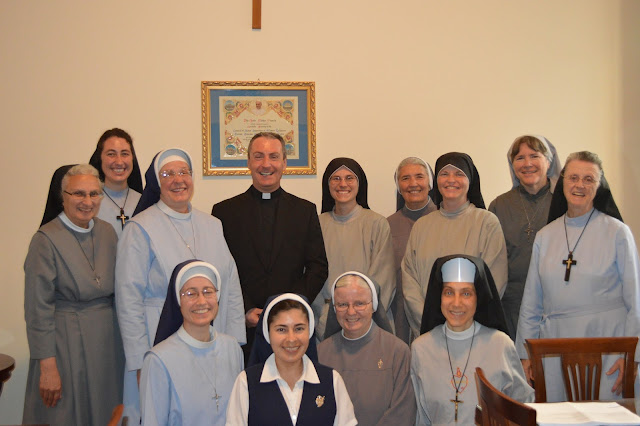 We were part of a worldwide broadcast of the Mass this morning at Vatican Radio, with Monsignor John Joseph Kennedy, an Irish priest from Dublin presiding.  Monsignor has worked for The Congregation for the Doctrine of the Faith for 13 years.  He not only said Mass this morning, but came to the Domus this afternoon to speak to us about the canons on Religious Life within the Church.  The beauty and inspiration of what sounds like it will be “law” was surprising as we reviewed the Church’s definition of Religious Life.  A little side note, Monsignor can do a great imitation of just about any accent: German, Indian, Philippino, and a whole variety of Irish dialects.  We are so blessed to have such good men in the Church, to work here for a long time; it seems a sense of humor is a necessity.

Later in the morning, we toured the less traveled catacombs of St. Priscilla.   These relatively unknown catacombs enable a more reflective, less tourist tainted view of the ancient tombs.  Frescos from the early centuries are still readily visible in parts of the 13 kilometers of catacombs, about a half a kilometer of which we were able to walk through.  Forty thousand tombs have been discovered in this catacomb, many of which had Christian symbols which have been preserved.  We were unable to take photos in the underground areas, but here we are gathering afterward. 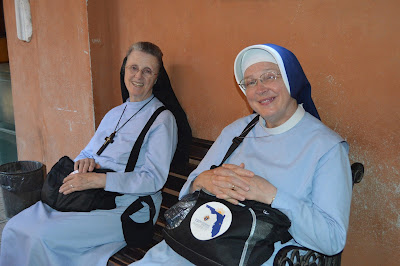 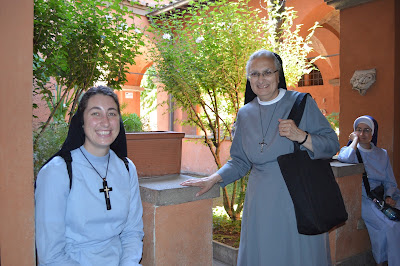 What an opportunity of grace to be part of this program!