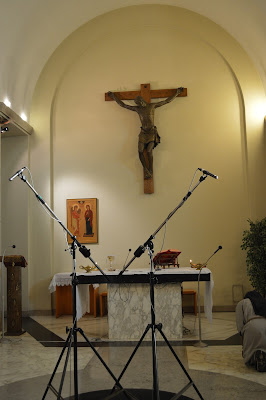 This morning brought the joy of returning to the Vatican Radio Chapel again, this time  for the 7:30 a.m. Latin Mass. The particular beauty of celebrating the Liturgy at the Studio Chapel defies easy description: on the one hand, you are gathered with a small group of believers, on the other, you are worshipping with thousands, perhaps millions of brothers and sisters throughout the world. 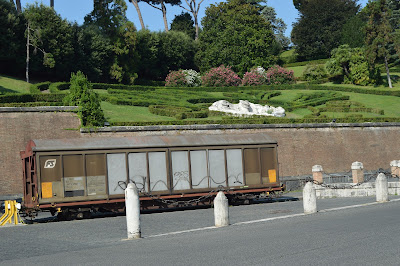 As we learned during yesterday's tour of Vatican Radio, towards the end of World War II the attraction of its broadcasts enfuriated Adolf Hitler to the point of ordering it bombed, notwithstanding the fact that Rome had been declared an "open city" (restricted to any and all attacks) in virtue of its artistic treasures. By the grace of God, the solitary bomb dropped on the Vatican missed this target, as well as St. Peter's Basilica itself - a mere 50 meters away.  As our group entered the Vatican Gardens, it became quite evident just how close a call this was. Shrapnel marks from the attack immediately next to the Basilica have been maintained to record divine protection. 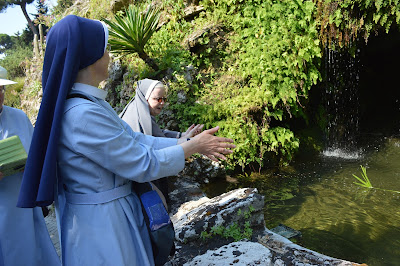 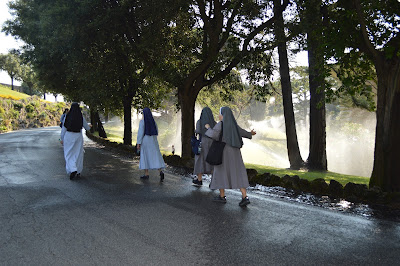 While none of our group had checked the Internet for Rome weather, surely today's Discomfort Index must have reached the high nineties. Having been briefed last night about the Vatican Garden sprinkler system, it was a joy to discretely share in a little "watering" ourselves. 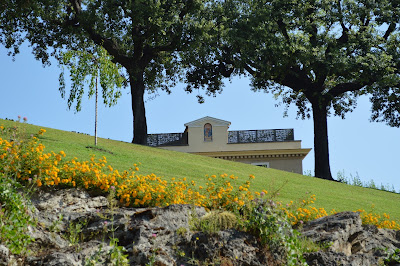 As we ascended towards the peak of the small hill comprising the Gardens, we came upon the residence of Pope Emeritus Benedict XVI - who was absent, or we would never have been allowed in, we were told. 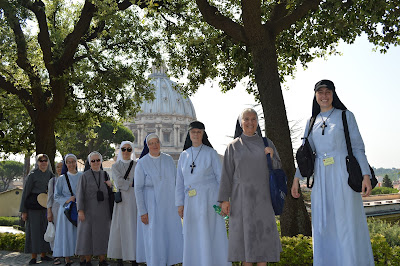 Exploring the Vatican Gardens in a liesurely fashion, we fell into conversations with one another as we wound our way past blessed greenery - trees and plants far more numerous and beautiful than the staunch survivors of the crowded neighborhoods below. We CMSWR Renewal Sisters have spent more than two weeks together now: time to deepen old friendships, time to begin new ones. 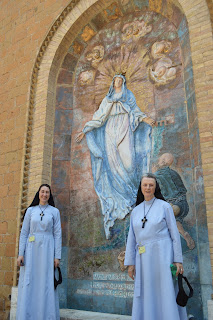 As our three weeks in Rome draw to an end, we Sisters feel deep gratitude to all who have made this unforgettible experience possible - our communities and benefactors, the entire Domus Team (including those behind the scenes), the guides to the many places we visited and the priests who gave us such outstanding conferences.  In all of this, though, we owe a special debt of gratitude to Sr. Mary Kathleen, RSM and Sr. Mary Hanah, RSM, our leaders. 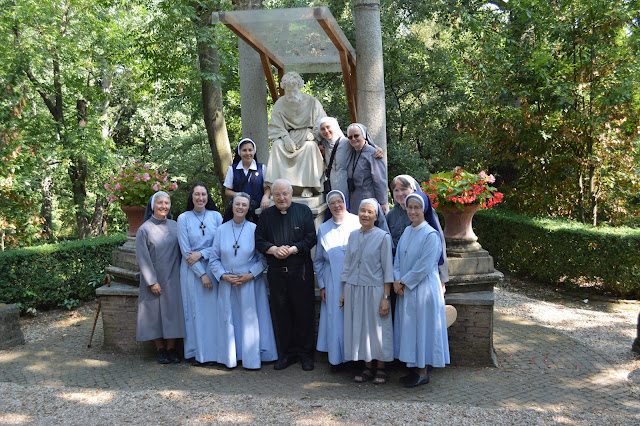 Truly our God is a God of surprises.  As we were winding up our tour of the Vatican Gardens, we came across an elderly cleric and his companion,who greeted us amiably, introducing himself (in Italian) by saying "I'm just a poor priest.  Then they made me a bishop, and then (papal) nuncio to Chile.  Now I'm retired,  so I don't wear my cross or ring."


Well.  As it turned out, our "simple priest" was none other than Cardinal Angelo Soltano, Secretary of State under St. John Paul II and staunch proponent of Domus Sanctae Maria Guadalupe from the very outset.  What a gift to run into such a benefactor!  His eminence, shifting to quite good English, asked us about our dicoeses and apostolates, then led us in praying the Our Father in Latin for Pope Francis as he visits Paraguay. 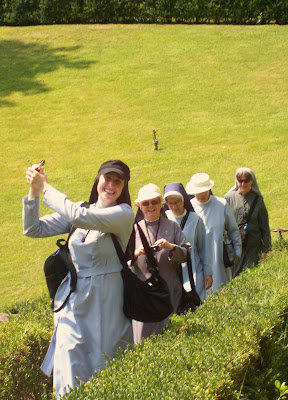 On our way out of the Gardens we became...well, just a bit lost.  Here we see Sr. Mary Hanah leading us out in triumph!