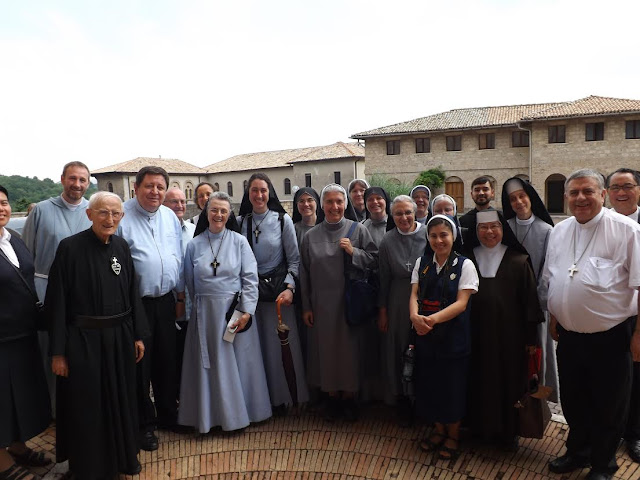 What a surprise to meet the Prefect for the Congregation for Religious, Joào Cardinal Bràz de Aviz, along with Father Lemoncelli during our tour of the Monastery of St. Scholastica at Subiaco!  Father Lemoncelli graciously caught up to us with this picture of our group taken earlier this week. 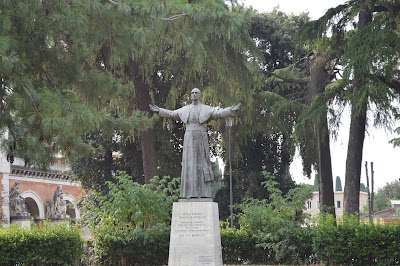 We had a serious start to the day as we recalled the challenges of Pius XII in the midst of WWII.  Here his image reflects his posture on July 7, 1943 as he surveyed the massive destruction to Rome in the bombing.  The western front of the adjacent Basilica of St. Lorenzo was badly damaged in the bombings, but was rebuilt in a manner similar to the original. 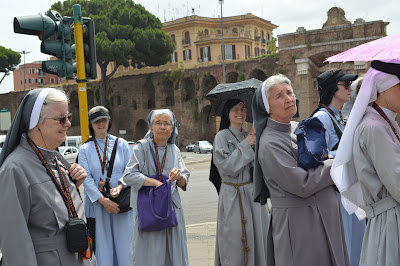 The Sisters have gone to great efforts to insure that our educational opportunities would be grace filled.  Here and in some of the pictures you might see cords going under veils, and black neck bands.  We had small receivers which allowed us to hear our tour guides, whether they were several steps in front of or behind us.  We could also hear them as they whispered into their microphone in the places of worship, enabling us to better understand the works of art and architecture before us, while maintaining an atmosphere of silence and prayer. 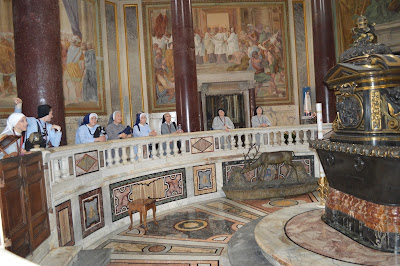 The Baptistery  at St. John Lateran, named after both John the Baptist and John the Evangelist, is as huge as it is beautiful.  Here you see the marble baptistery which could be used for full immersion.

The group of us at our finest! 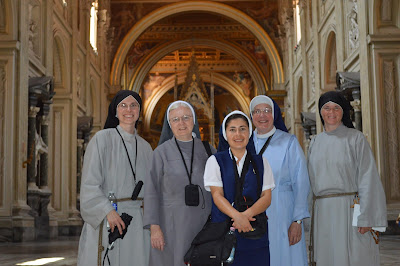 A small group of pilgrims at St. John Lateran Basilica. 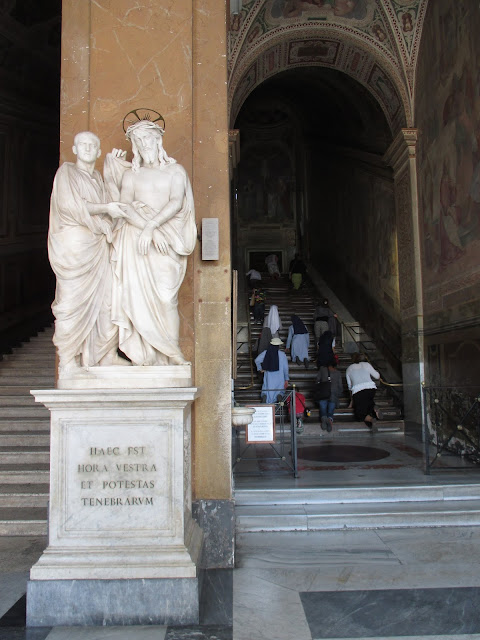 A group of pilgrims heading up the Holy Stairs at Sancta Scala.  All those going up the staircase on the right, do so on their knees.  These are the stairs that were ascended by Jesus as he was judged by Pontius Pilate.  The stairs were moved from Jerusalem and covered with wood, which is well worn by pilgrims through the years. 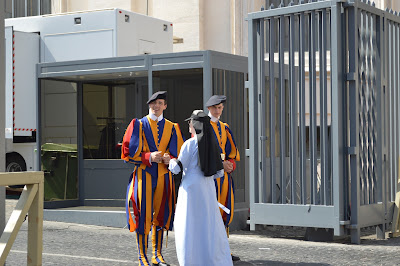 Nothing adds to the culture like the Swiss Guards.  Sister Mary Kathleen salutes them as she approaches them, they salute back.  I don’t think she could know them all, but she seems to somehow.  Today a note went up to pray for one of the guards named Ivan who plans to return home and go to the seminary.  The culture at home in the Church for him will be considerably different than here in Rome, so we remember him in prayer. 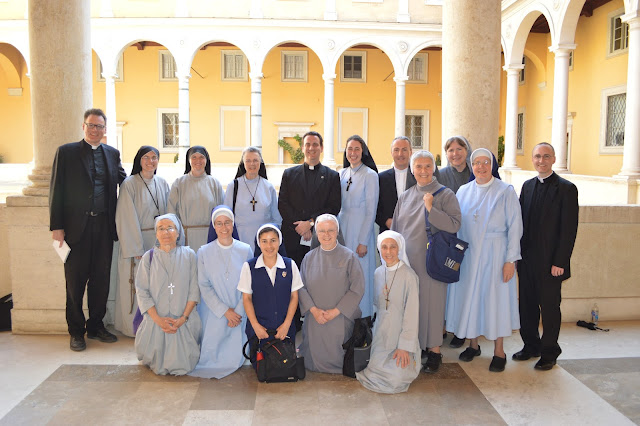 Monsignor Lopes, a priest of the Congregation for the Doctrine of the Faith, received us at the CDF this afternoon.  Monsignor Lopes has presented a short course on the Mysteries of the faith in six rich lectures to the group of us.  Today he took a detour from the Mysteries and helped us understand the CDF and how it serves the Church and the faithful.  We are so blessed to have such priests willing to serve in such unique roles. 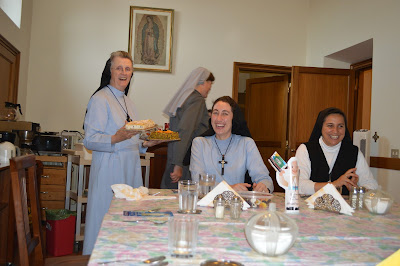 Happy Birthday Sister Hanah!  Sister is one of our fearless leaders, along with Sister Mary Kathleen and Mother Regina Pacis, what a blessed experience they have created for the group of us.