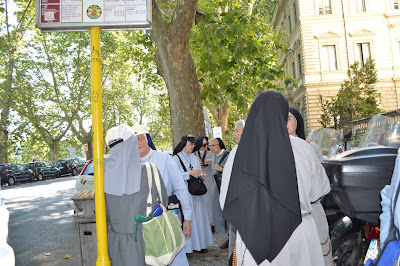 On Day 10, we traveled by bus to the Basilica of St. Paul Outside the Walls! 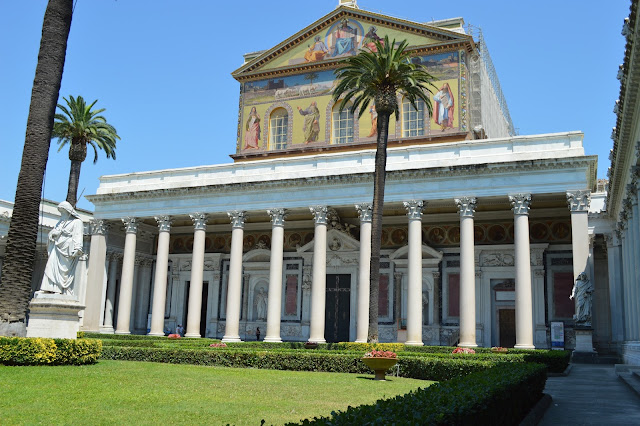 This magnificent Basilica is a fitting tribute to the magnanimous soul of the great Apostle to the Gentiles. 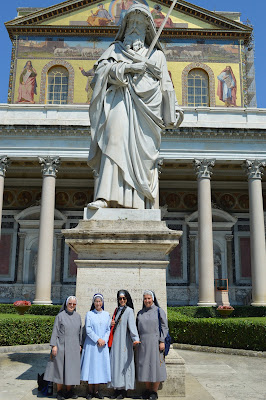 May St. Paul intercede for us that we may have a portion of his charity and zeal. 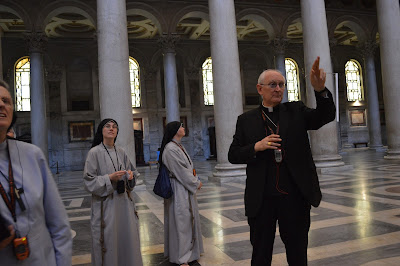 His Eminence James Michael Cardinal Harvey, Archpriest of the Basilica of St. Paul Outside the Walls, was our gracious and humorous host. 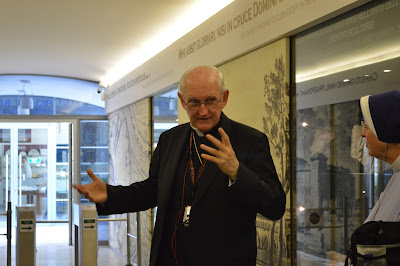 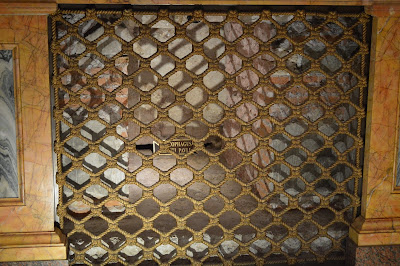 To attend Mass in this sacred building was a blessing, as was being allowed to pray at the tomb of St. Paul. 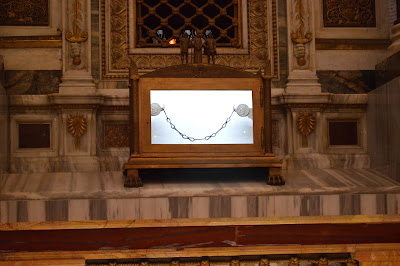 Above St. Paul's tomb is encased the chain which he wore while a prisoner in Rome.  "For it is because of the hope of Israel that I am wearing this chain." Acts 28: 20  Also inspiring and a true lessons in fidelity was to see a burning flame above both the burial spot and the chain which the Benedictine monks who care for the Basilica have kept burning since the 700s. 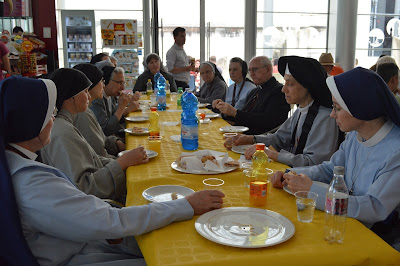 Our outing concluded with a joyful luncheon with Cardinal Harvey during which he shared with us some of the highlights of the 40 years of his priesthood.  Gelato was a perfect way to finish the meal!